Lucy in the sky

COST OF THE WORK :

How not to be fascinated by these plants which, more than 100 million years ago, in order to survive in a hostile environment fled from ground to air and became epiphyte?

And how not be grateful to Lucy for having come down at last from her Erythrean tree, 99 million years later?²

Today, worker bees don’t bear any more their agricultural workers  condition and die in the countryside due to  the combined effect of Insecticides applied to the sunflower, the corns or fruit trees. If half survives, those who joined the city prosper, as it is said to us, in apiaries t settled on the roofs of our citie?

People also take refuge in cities to look for the resources that countryside cannot provide to them anymore. However their gardens have difficulty to reach the daylight. So they will have to adapt themselves such epiphytes by rising.

The garden of future is on the city. It contemplates the city and its landscape. If It’s uproot, it adapts itself and borrows from the technique its resources: soilless culture, epiphytes selection, plants covering, hydroponics, solar energy, fogging…

So, one of the biggest biodiversity discoveries is the wealth of the forest canopy, the soilless garden on the roof of the primary forests. After Pharmacopoeia, the garden will be interested in this vast world for the cities roof. The vegetable will colonize the urban fabric and feeding itself from its water, its air and its waste. As for the gardeners! They will be there to orchestrate this symbiosis within ecumene and appreciate the benefits variety.

Lucy: our ancestor, coming down from trees.

Epiphyte: plants which roots anchor on others plants. They live on the canopy and form huge species diversity, composed by different plant families such as Orchidaceae, Bromeliaceae, Cactaceae, and ferns.They make their own ground by trapping the dead organic matter and the dusts. Their high position allows them to reach the light. Roots hang for certain species and absorb the water which they put in reserve. These very remote vegetables between them at the level of the botanical classification show various adaptations to assure their survival during occasional drought periods. Broméliacées, as Achmea, Vriesa, store the water in the heart of the plant to assurea regular supply of this one. Some join to ants to protect their self from attacks of predatory animals.

Ecumene : Geographical notion to indicate all the lands inhabited or exploited by humans. 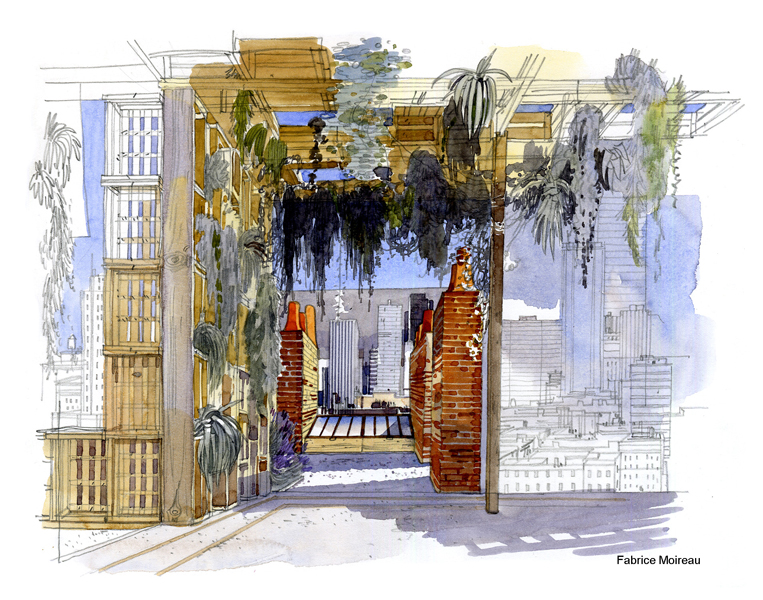 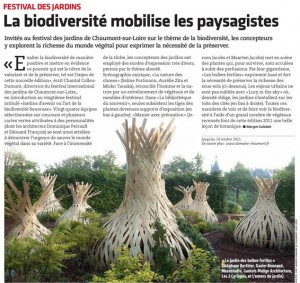 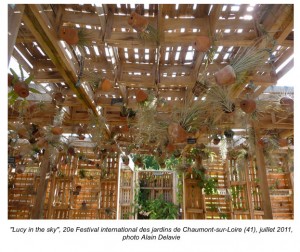 “Biodiversity on the roof of the world”

“1200 crates to create a garden in Chaumont“ 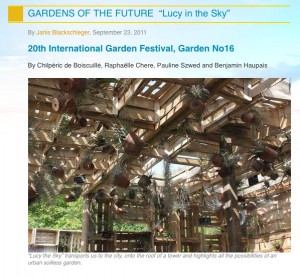 “Garden of the future” 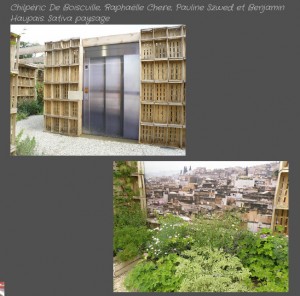