Melun is a mid-sized city in the far outskirts of Paris which has been built on the both sides of the Seine around its island. The diagnosis established on a widened perimeter allows tightening the work of the master plan around stakes areas. The study concerns the requalification of the structuring public places of the city center, the redefining of the sharing of the public spaces in connection with the project of exclusive bus lanes (TZEN 2), and on the invention of a new relationship to the Seine by the reconquest of the island (even though the prison occupies the eastern part even today).

The TZEN 2 arrival is the opportunity to requalify the public places and to work on the city identity through various stakes :

– Reduce and transfer car traffic and car park to solve the circulation problem before working on the downtown image.
– Attract students in the downtown.
– Reconquer the Seine banks related to short and long-term leisure offer.
– Value cultural areas on the island.
– Connect the island to Saint-Aspais and Saint-Ambroise districts.
– Intervene on spaces catchers.
– Value a patrimonial route.
– Work the nature place in town.
– Define a specific urban language to the downtown (materials/furniture/vegetation). 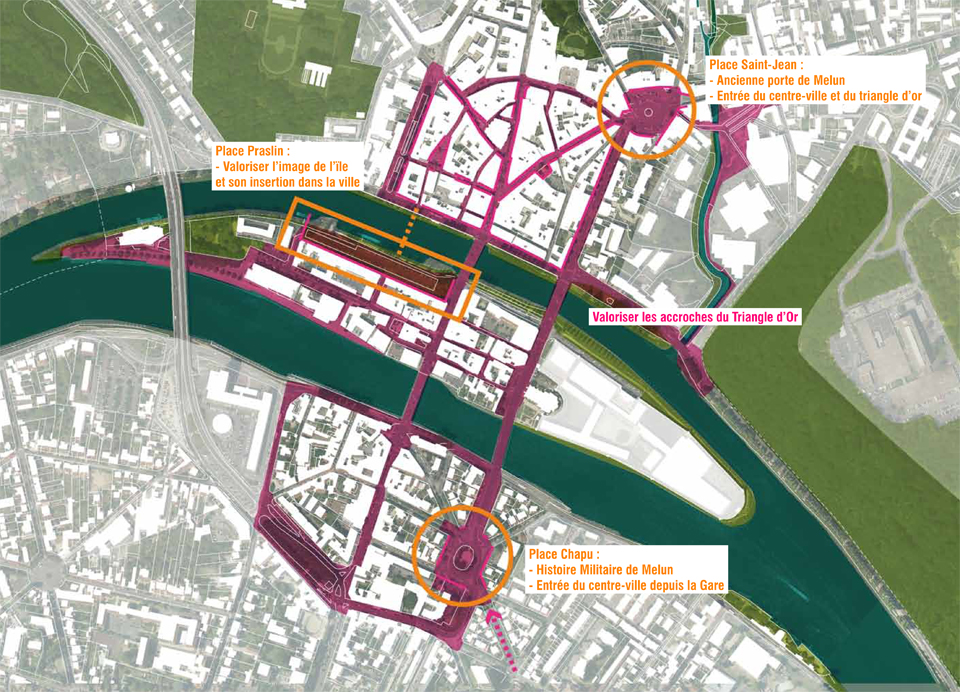 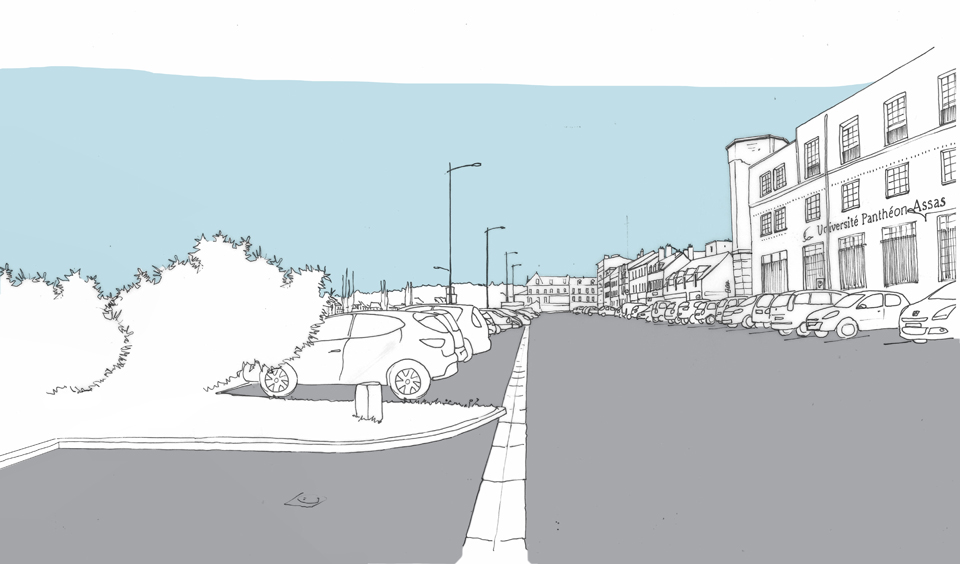 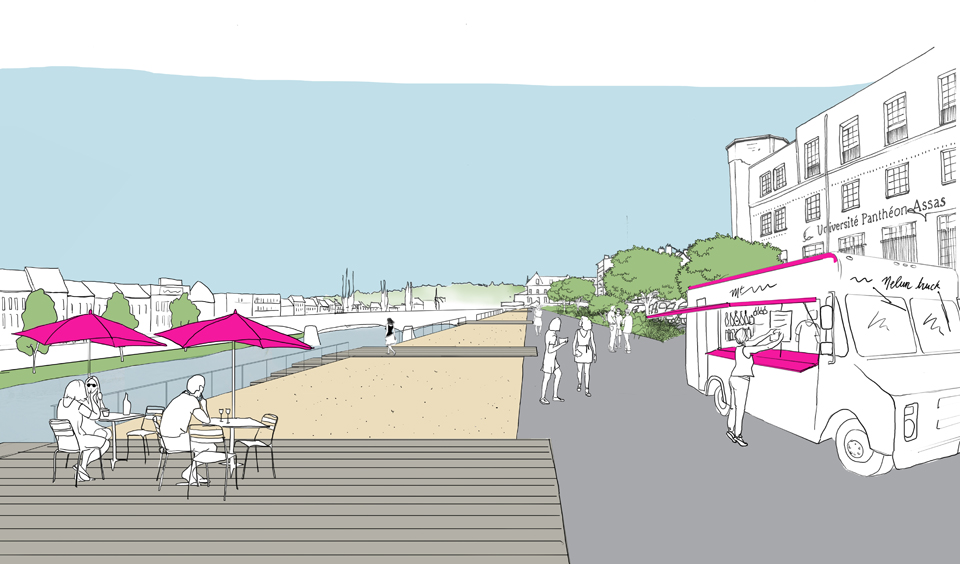 Praslin square tomorrow, reappropriation of the docks, first stage before a long-term plan